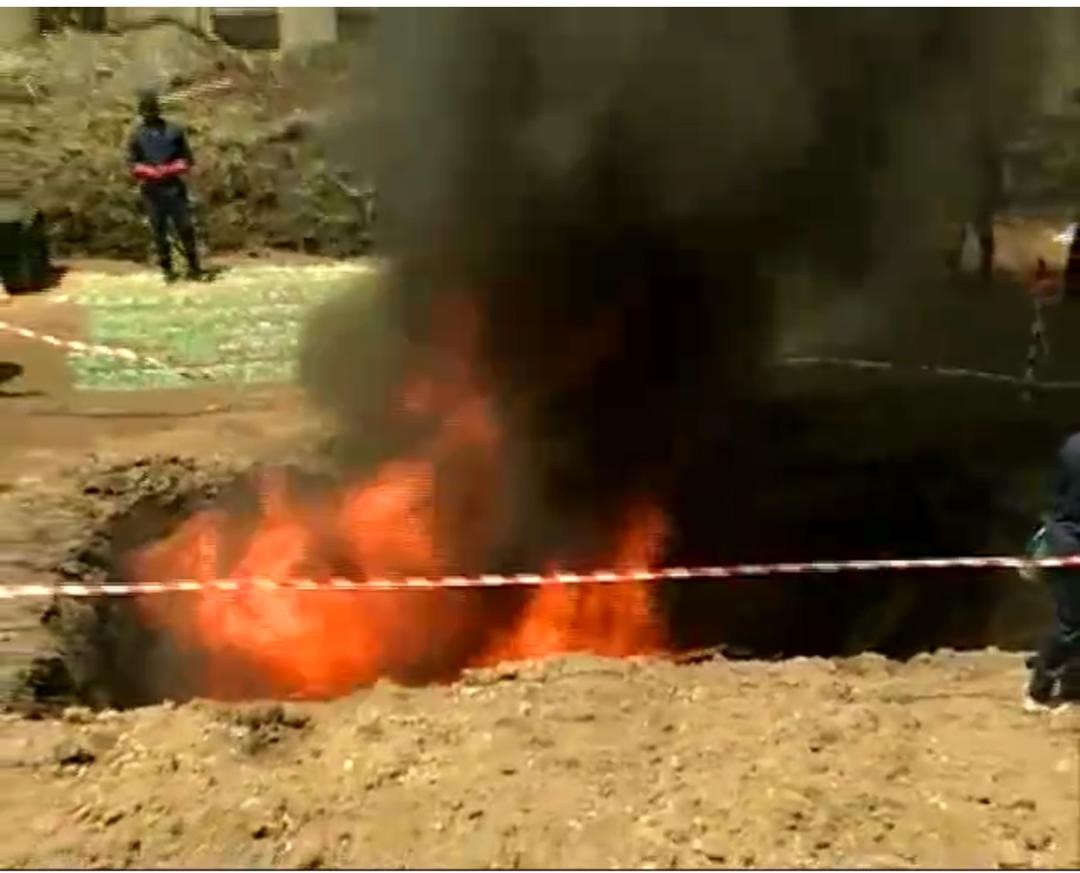 10 boxes of illicit weapons were destroyed on the 19th of May 2021 in Buea. This gun destruction event which is the first in Cameroon’s history, was presided over by the Prime-minister Head of Government Joseph DION NGUTE in the presence of the Diplomatic corps, members of Government and Civil Society Organizations. During this event he made a call to Cameroonian youth especially those in the North West and South West regions of Cameroon to be more participative in the country’s ongoing peace initiative. Sources say, these illicit weapons were gotten from all over the 10 regions of Cameroon mostly during awareness campaigns and some were voluntarily surrendered over by repentant fighters.

This historical event is an extension of the Amnesty month and within the framework of the African Union’s “Silencing the Guns in Africa by 2020” which is an initiative to create a conducive atmosphere for Africa’s development. Countries of the African Union (AU) committed to declare the month of September (until 2020): “Africa Amnesty Month”. The initiative was marked by the September 2020 Africa Amnesty Month project (SeptAAM2020), jointly supported for a one-year period by the African Union Commission (AUC) and the United Nations Office for Disarmament Affairs (UNODA). The United Nations thus supported a number of interested African countries, including Cameroon, Cote d’Ivoire and Ethiopia, in the implementation of this project.

It is estimated that over 10 million illicit Small Arms and Light Weapons (SALW) circulate in the Central Africa Sub Region. This is expected to rise due to ravaging conflicts in Central Africa Republic, DRC, Cameroon and the Boko Haram insurgency in the Lake Chad Basin.  The UN Programme of Action on Small Arms (PoA) adopted in 2000, the International Tracing Instrument (ITI) adopted in 2005, and the Kinshasa Convention on Small Arms and Light Weapons (SALW) for Central Africa adopted in April 2010 and entered into force on 8 March 2017 provides the legality on arms regulation in Central Africa. These instruments and other related instruments on arms regulation also generate momentum for the fight against the illicit proliferation of SALW and the reduction of the number of armed conflicts plaguing the region.

Chad and Cameroon are currently experiencing some degree of violent conflict and the primary instruments of violence are small arms and light weapons. In the West and Central Africa sub-regions alone, the figure of over five million dead has been recorded as the toll of violent conflict over the past decade (Woudenberg, 2002).

It is worthy to recall that violence and Human right violation are on the rise in the two conflict stricken regions in Cameroon. CAMYOSFOP as an implementing partner of the event and as part of its peace crusade continues to encourage the continuous voluntary handing over of illegal weapons with the hope that all this unrest can someday totally become a thing of the past.