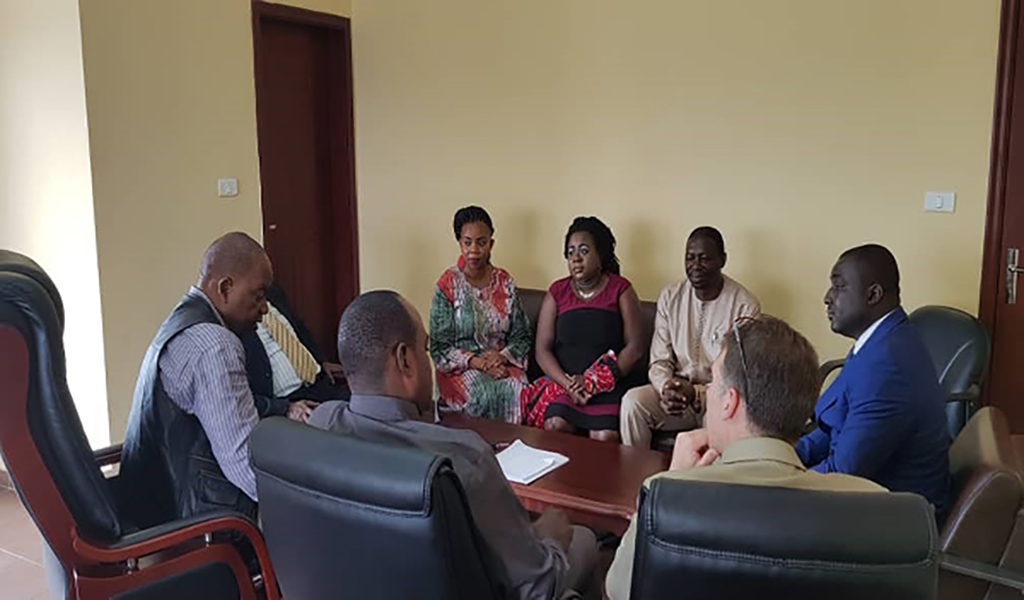 CAMYOSFOP has a track record of working on the United Nations Program of Action on Small Arms and Light Weapons (UNPoA) with focus on the Kinshasa Convention and the Arms Trade Treaty (ATT) as well as on related small arms, disarmament and arms control issues. For some years now, the Organization has been engaging the state of Cameroon and other member states of the Kinshasa Convention on the Universalization and effective implementation of the convention through advocacy and capacity building of stakeholders. In line with her advocacy strategy,  CAMYOSFOP  organized a 2 days Inception planning mission to Libreville; Gabon with the Economic Community of Central African States (ECCAS), MINREX , Small Arms Survey  and  CSP-AVIP from the  February 28th   to  March 1st  2019. The main objective of the mission was to build a collaborative partnership and jointly plan on the implementation of the CAMYOSFOP’s UNSCAR Project which is geared towards the strengthening of the technical and operational capacity of the 7 State Parties to effectively implement the Kinshasa Convention in the Sub-region, elaborate National Commission (NatCom) and United Nations Program of Action (POA) on Small Arms and Light Weapons. The mission also gave room for a consultation with ECCAS, Small Arms Survey, CAMYOSFOP and CSP-AVIP, regarding the possibility of jointly implementing a sub-regional project on Making Peace Operations More Effective through the implementation of article 22 of the Kinshasa convention.

The Kinshasa Convention on Small Arms and Light Weapon (SALW) for Central Africa is a binding instrument that was adopted in April 2010 and entered into force in March 2017. As of now  7 member States of  Central  African Sub-region have ratified this Convention;  Angola, Cameroon, Central African Republic(RCA), Congo Brazzaville  Chad, Gabon and Sao Tome and Principe.  The Democratic Republic of Congo is currently undertaking procedures for ratification.

The purpose of this convention is to:

Prevent, combat and eradicate, the illicit trade and trafficking in small arms and light weapons, their ammunition and all parts and components that can be used for their manufacture, repair and assembly;

Strengthen the control of the manufacture, trade, movement, transfer, possession and use of small arms and light weapons, their ammunition and all parts and components that can be used for their manufacture, repair and assembly

Combat armed violence and ease the human suffering caused by the illicit trade and trafficking in small arms and light weapons, their ammunition and all parts and components that can be used for their manufacture, repair and assembly

At the end of the meeting a log frame with key activities was developed to guide the collaboration between the ECCAS and its partners the Small Arms Survey, CAMYOSFOP and CSP-AVIP.

HE/SHE & the Fight Against GBV: 63rd Session of the Commission on the Status of Women